Alarmingly high scores beyond the 70 percent mark are to be seen in all polled countries. This shows the survey of the Europe wide organized job search engine Jobswype. Gender role, part time employment as well as rising cost of living can be the reason for pursuing more than one employment. Also in the UK and in Ireland between 84 to 86 % answered “Yes” to the question regarding a second job.

Vienna, 03/02/2017 – The outcome of the recent poll from the job search engine Jobswype is as clear as never before: The majority of the polled users from ten European countries where Jobswype is active depend on more than just one job to provide their living. The results of all countries are found to be over 70 % and are thus very high. A majority of the polled users answered “Yes” to the question “Do you need more than one job to earn your living?” – this speaks a clear language. No east-west gap is to be noticed in Europe.

The evaluation of the Jobswype survey indicates only minimal differences within Europe. Hungary, where in a former survey remarkably many profession changers were to be noticed, is leading the list. 94 % of the polled people need more than one job to live there. Rumania (92%), UK (86%), Ireland (84%) are the next countries on the list with the highest percentages, followed by Austria, Switzerland and Poland with 85 % each. Slovakia (82%) and Germany (81%) are also quite comparable, followed by the Czech Republic with 77%. The collected data allows to imply that the tendency for a second job in Europe is generally really high.

The reasons leading employees to use more than one source of income can be varied. According to a study *) especially employees who are working part time in their main job tend to have a second job. Inequality concerning the gender can, concerning to the same study, also be an important reason for having a second job; some women may depend on them. May it be because women are earning less money than the opposite sex or because they are having higher expenses as a single parent, whereas men with a second employment are generally being better paid.

Several employments are, additionally, also important for such employees who are working in branches such as education, school or research. Therefore in branches that are often offered part time. On the other side the comparably low salaries in the new European countries may also be an important reason for people depending on a second job, as the cost of living stays quite high.

In Austria for example, the number of part time working people has increased by 75 percent since the year 2000, whereas at the same time the employment rate increased only by 16 percent. Those “mini jobber” - students, pensioners but also employed persons of all ages – are represented in these survey results.

The results of this poll show without doubt that European workforce is not content with its salary. This should be an alarm signal, not only for employers who have to adapt their salary according to the market but also for politics, who could provide intelligent solutions for adapting the income tax as well as other social contributions, and who could therefore help people to being able to save some more money at the end of the month. 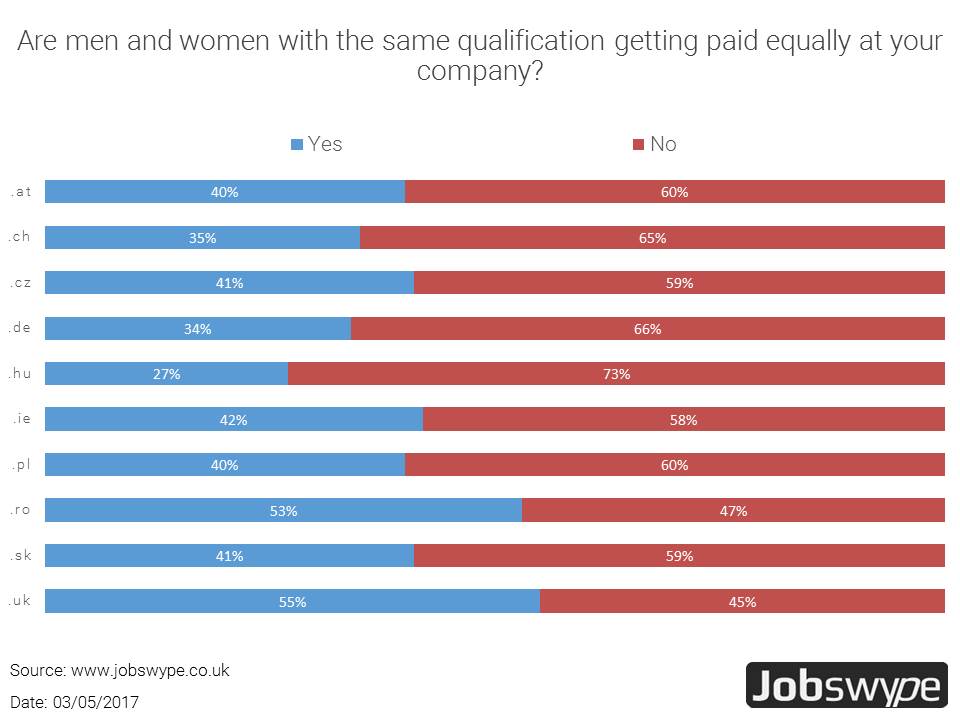